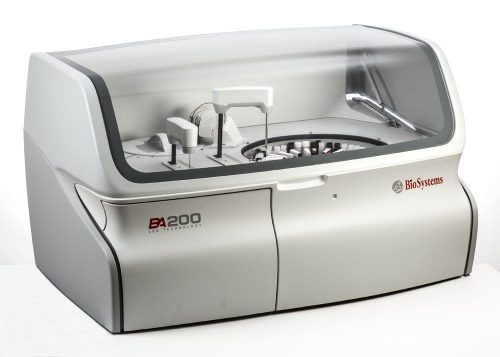 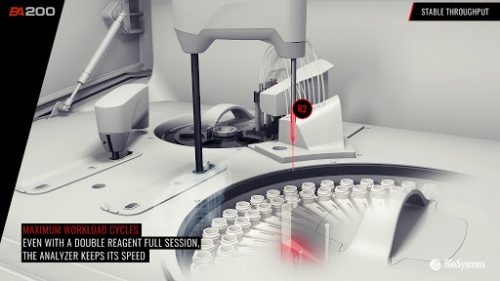 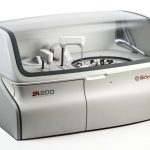 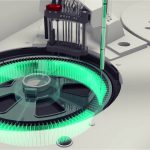 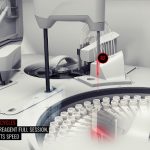 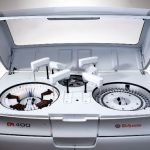 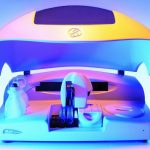 Biosystems A25 Biochemistry Analyzer
0 out of 5
( Henüz inceleme yapılmadı. ) 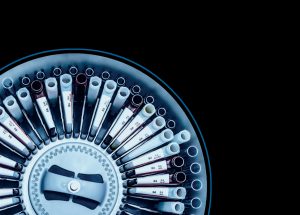 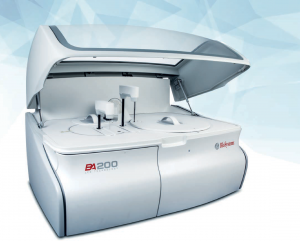 EMERGENCY Sample entry to the desired position during operation
It can work directly from the barcode blood collection tube.
Built-in barcode reader for identification of reagents and automatic volume tracking
There are independent washing stations.
Probes are washed internally and externally.
Probes have a liquid level detector and impact detector.
It has clot detector.
It uses a high quality reusable methacrylate rotor.
It has the feature of separating the rotor chambers that are not suitable for working with optical control.
If there are too many damaged Rotor chambers, it has a warning system to replace it.

We improve the well-being of people around the world

The BioSystems BA200 standalone analyzer offers an excellent alternative to mainstream analyzers for stool testing with comparable performance and efficiency.

It makes room for mainstream clinical chemistry analyzers by providing additional capacity if there is increasing demand for other tests in the lab.

Benchtop BioSystems BA200 is available either for capital purchase or on a reagent rental basis to run the BÜHLMANN fCAL ® turbo fecal calprotectin and fPELA ® fecal elastase assays.

CE marked applications for BÜHLMANN fCAL ® turbo and fPELA ® tests
The CALEX ® Cap stool extractor can be loaded directly into the analyzer and the same sample can be used for both tests.
The software is LIMS enabled with built-in barcode reader for samples and reagents 200 tests per hour
88 position-less configuration LED technology
Quick pause (6-24 seconds) to allow samples and reagents to be loaded and unloaded
Refrigerated route for reagents and samples
Other tests are available for use on the device.